This is going to be an ongoing mini-series of the side hustles in which I’ve partaken! 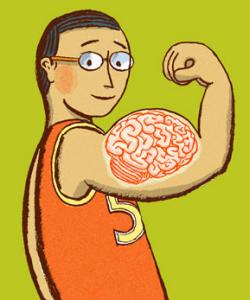 After reading my post, click on the picture above to read a wonderful article about why quizbowl is awesome.

Today´s featured side hustle is staffing events.  I can only speak about what I know, and I’ve had much experience in staffing quizbowl events–though I’m sure what I’m describing here would probably apply to staffing many other kinds of events, too.  Follow your passion!  Mine’s quizbowl 🙂

What is quizbowl, anyway?  Think 4-on-4 Jeopardy!  A tossup question is read, anyone on any team can buzz in and answer.  If he gets it right, their team gets a bonus question.  That´s it, next tossup.  The game goes on for 20 questions or 18 minutes (depending on the tournament).  Questions are in lots of categories.

The biggest company running quizbowl tournaments across the US and Canada is NAQT.  They write and run tournaments for middle school, high school, community college, and college events.  At the end of the season, there are national championship tournaments for each of these.  They range from having 32 to over 300 teams.  As you can imagine, the really big events need a lot of staff.  They mostly need readers and scorekeepers, but also statisticians, social media managers, and general event helpers.

HOW I GOT INTO IT

I played quizbowl in middle school, but not in high school.  In college, I met some friends who had transferred to UA from a community college.  UA did not have a quizbowl team, but these guys had done really well, nationally, in the community college circuit, so I helped them get a team up and running at UA.  I didn´t play much in college (not nearly a fast enough thinker to be very good at quizbowl), but I became the team manager, and I loved it.  I coordinated everything from securing rooms to practice in and buzzer equipment, to travel to tournaments (flights, hotels, meals), to hosting our own sanctioned tournaments for high schoolers and colleges at UA.  I even became friends with the University Provost, and he gave us a $10,000 budget that I personally managed yearly.

After I graduated college, it was too tough to leave quizbowl behind, so I started volunteering to moderate the national championships for NAQT.

HOW MUCH DOES IT PAY

Technically, the event staffing that I do is volunteer work—though I’m sure there are many events out there that pay–even so, NAQT pays for your flights to and from the event, hotel nights, and meals.  I consider that payment enough!  So far, I´ve been to St. Louis, Chicago, Minneapolis, Atlanta, Jacksonville, Chattanooga, Nashville, Memphis, and Dallas—all for quizbowl tournaments.  This has been a great opportunity to travel for free.  Once there, we´ve had plenty of downtime before and after the event to explore these fine cities.

At the Gateway Arch in St. Louis. We went to the top!

In front of the enormous Lego display in the Mall of America in Minneapolis. 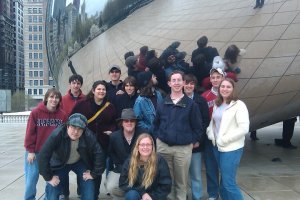 At Chicago´s Cloud Gate, aka “the Bean”

You do not need to have ever moderated an event before to be eligible to work these events.  I repeat: no experience necessary.  You email the person in charge of the event (usually listed on the website) and tell him or her that you’re interested in volunteering for the event.  They say, okay, you’re confirmed.  With NAQT, I book my own flights, and they reimburse me.  They’re very quick about it!  Then I brush up on the rules.  They don’t change much but it’s important to know them well (you can read them online).  On the registration day of the event, they do a short prep seminar for the staff, and unless you´ve requested otherwise, they always pair an experienced reader with an inexperienced scorekeeper (keeping score is the easiest part).  And once you´ve done one tournament—heck—once you´ve done one or two rounds, you´re “experienced.”  It´s pretty easy!

If you´re reading, you do have to read clearly and quickly.  If you´re scorekeeping, you just have to be able to do some basic addition and subtraction.  Also, you have to be ready to be sitting and listening to trivia for a day or two straight.  For people like me, this is tons of fun—however, I know it´s not for everyone.

WHY YOU’RE BETTER THAN THE COMPETITION

You´re willing and able to help however the tournament organizers need you to, with a smile.  Before and after the tournament, staff often set up, test, and take down equipment in dozens, sometimes hundreds of rooms.  You might be assigned to setup or break down buzzer systems, sort questions, hand out tshirts, or generally point people in the right direction.  Big events like these are very well-oiled machines, and if you just show up on time and do what they ask you to do with a good attitude, you´re exactly what they need.

WHAT ELSE IS IN IT FOR YOU

DO: Arrive on time.  They´re essentially paying for you to be there, be there.
DO: Wear comfortable shoes, but dress nicely.  You´re going to be moving stuff from here to there a lot throughout the day and you’re representing this organization in front of a lot of people.  Represent them well.
DO: Know the rules and apply them strictly in the rounds that you moderate.  Consistency is important for events to run smoothly.
DO: Use the scrimmage rounds to practice your scorekeeping and reading skills.

DON’T: Sleep in, miss half the morning, and then expect them to invite you back in subsequent years.  Doesn’t happen.
DON’T: Be picky about the work you’re assigned to do.  You’re there to help in any way necessary.
DON’T: Make things harder for the event-runners.  With these enormous events, and a thousand moving parts, this is not the time or place for creativity–if they tell you to do something in a particular way, do it that way.

I have countless stories of when I ran UA´s team, good and bad, but now that I don´t have to run anything, I can just show up and help NAQT run their tournaments, things go pretty smoothly.  However!  Last year was the first year Michael and I staffed the Middle School National Championship.  We had only done high school and college level tournaments before.  At high school and college level, there are very few spectators—maybe one coach per team, maybe one extra player, and that´s it—but at the middle school level, man—you can imagine the army of parents that were there with them.  This was new to us.  Hotel rooms got cramped and even conference rooms ran out of chairs.

As you can imagine, occasionally, things go wrong in a round.  But we know how to handle it and be quick and decisive and move on.  Well, in this particular round, as one kid was speaking an answer, someone from the audience started talking.  Of course, there is a strict “no conferring” rule while a match is in session, and the audience is expected to be totally silent.  Though the answer the kid gave was right, we had to stop the clock, throw that question out, and read a new one, off the clock.  Neither kids nor parents were happy about this.  And of course to top it off, it was the very end of the round and the teams were neck and neck.  I can´t remember, they were maybe 10 points apart.  It was still anyone´s game—and so us tossing out a question that had been answered correctly was not a popular decision.  But we had to stick to the rules.

The round ended, one of the teams won, whatever.  But afterward! I had to deal with a very angry mother-lady.  She was yelling at me, even though I handled the situation by the book.  Everyone left the room and then we hear this ear-peircing shriek out in the hall.  The mother came back in trying to claim it was my fault her child had been assaulted.  “Assaulted?!” I asked.  Another kid had thrown a balled-up piece of paper at her kid.  You read that right.  She ended up dragging me to the control room and we had to file an incident report.  Nothing else came of it, but man.  Parents are the worst.  I had never witnessed anything on that level of drama at a high school or college level tournament.  The worst I had seen were trash cans kicked and desks flipped.  Haha—I´m telling you… quizbowl is not boring!

Have you or your kids ever played quizbowl?  Would you be interested in volunteering for an event if it meant free travel?