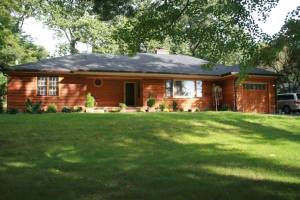 Looks nice to me.

I know it´s been over a week since my last update. TRUST me, it´s been nuts. And I know I´m starting to sound like a broken record, and for that, I´m sorry.

When we last left off, I decided to accept the promotion with the relo package and move to New Jersey in a couple of weeks. Yay!

There are approximately 1,000 things to think about before this move, and Michael and I are trying to think through all of them carefully. First of all, WHERE am I going to live?

Remember my coworker had told me her friend had just bought a house with a mother-in-law suite that she wanted to rent? Well… she wrote back saying they weren´t ready to rent it, and sorry. *womp womp*

Fortunately, a lot of friendly coworkers came out of the woodwork with recommendations–their friends who live in Basking Ridge or used to live there, and that I should talk to them if I needed help.

Well, while this was very nice of them to offer, I wasn´t going to call these strangers and ask, “where can I live?” The internet can tell me that. AND the company that helps with the relo has an apartment finding service that helps, too.

So when I heard that news Monday morning (a week ago today), I frantically started looking for apartments online. Remember my budget had originally been $1500? Well, that was with a bigger increase. Since my pay increase was smaller than I was hoping for, I readjusted the numbers and decided to look for rent at $1000. HA! Yeah… New Jersey for $1000. Let´s all get a good laugh in together.

I talked to one of my friends who moved up there from New Orleans a couple of years ago. He said, “advice I wish someone had given me? You´re going to want to go to NYC all the time. You have to pick. Either it´s an hour drive to the city, or it´s an hour drive to work. And if you just want to go to Times Square on a Wednesday night and catch dinner and a play, it´s a pain to live so far away. I would recommend Hoboeken or Jersey City” (both super close to NYC). And then of course he said even if I set my minimum at $1200, in that area I´d be lucky to get a peice of sh*t basement apartment. Great…

The good news is that I might go to NYC sometimes, but I´d much rather live “in the woods” (as he described it) and closer to work, with a cheaper rent.

I get it, that he´s super social and into going out a lot and all, but… I´m not. And I am glad he framed it that way.

Even so, even looking at towns near work and “in the woods,” the cheapest I really found for a 1-bedroom apartment was around $925, not including utilities. Which… I know are going to be more than $75/mo, even if I stick to only electricity, AC, heating, water (no internet or TV). And, needless to say these places had really bad Google reviews (though I take those with a grain of salt). The nice apartments “in the woods” seem to start around $1500ish. Ugh.

Aha! Craigslist. I started looking for people with a room to rent. Recently C from The Single Dollar wrote that her #1 rule for financial growth is, “Live with a roommate in a place that has low housing costs.” Well, the low housing cost isn’t exactly an option in that part of the country, generally speaking, but I decided to open my mind to the possibility of a roommate. I looked and I looked. I decided I don’t want to live in a group setting, or one on one with a man (sorry fellas!). I’ve lived with several friends before, but I think living with a group of people works best when you know each other. And for the most part, that´s what I was finding. A house full of college students. Meh… not my thing.

I hunted in my tiny moments of free time all week. Of course, by coincidence, my boss (and I) were hosting a huge annual summit and were working, running this event, from sun-up to sun-down all week. Exhaustion barely describes it. But I´d squeeze in moments to house-hunt, and Michael was helping on his end, too.

And then! I found Sarah–or more specifically, her Craigslist listing. I emailed her and then we spoke on the phone. Her daughter is looking for a roommate to share a house, looking for preferrably a single, professional, quiet, neat woman. That´s me! Then she told me her daughter is 52! Bingo! Jackpot! This couldn´t be more perfect. In case this hasn´t been obvious, I´m not a girl´s girl, going-out type. I´m much more the tend-to-the-garden and read-a-book type. This place looks ideal. It´s a lovely, furnished house in a neighborhood only 3 miles from my work. Utilites included, all for $975. YES.

I talked to her just yesterday and settled everything. Michael said, “I don´t know why you´re surprised. We´re blessed and highly favored in the eyes of the Lord.” Haha. I couldn´t help but sigh a sigh of relief.